Menu
Log in
Register
Navigation
Install the app
More options
Close Menu
You are using an out of date browser. It may not display this or other websites correctly.
You should upgrade or use an alternative browser.

Bitcoin vs. Bitcoin Cash: Everything You Need To Know

Bitcoin Cash was forked out of Bitcoin by some stakeholders who could not reach a consensus with other stakeholders.

Bitcoin (BTC) and Bitcoin Cash (BCH) have the same initials and similarities, including code base and transaction history.

The need to improve the block size, scalability features and increased transaction speed in Bitcoin became imminent after a while.

These improvements led to disagreement between stakeholders and miners who had the voting power.

Some groups wanted a larger block size, while others wanted a faster and cheaper transaction on the Bitcoin blockchain.

It was difficult to reach an agreement from both ends; however, SegwitX2 was launched, but it still had weaknesses.

The disagreement led to a Hard Fork split, giving way to Bitcoin Cash.

Even though BCH is a direct split from BTC, they now have distinct operation mechanisms and features.

The blockchain network is decentralized and open-source, giving room for developers to create their platforms and leverage blockchain technology.

The similarities between Bitcoin and Bitcoin Cash go beyond having the same initials.

They share the same code base, whitepaper, and transaction history.

However, they have distinct differences in operation.

The case of Bitcoin and Bitcoin cash is somewhat similar to a “father and son” relationship. However, the son was born to correct the father's wrongdoings.

This article will identify the reasons for the Hard Fork and how both tokens have been faring since the split.

How Bitcoin Necessitated The Need For Bitcoin Cash​ 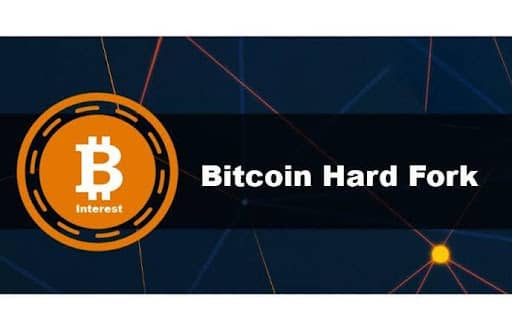 Bitcoin is the first blockchain platform and cryptocurrency launched into the crypto market. It was launched as a store of value and inflation hedge.

Like every other technology space, blockchain technology began to witness other innovations and advancements. Blockchain developers' launch of other crypto assets increased over time with exceptional features.

During the early days of Bitcoin, miners, holders, and investors had little or no issues with its scalability. As time goes on, scalability becomes a significant source of concern.

The volume of transactions that the Bitcoin blockchain can process at a time is low compared to other financial gateways.

Similarly, the data stored on the blockchain that enables the creation of new blocks and verification of transactions was limited. In Bitcoin, each block can only contain 1MB of data.

As more people tend to make transactions from across several terminals, the backlog of unconfirmed transactions increases. The waiting time to get your transaction verified increased exponentially.

The blockchain network began to verify the validity of transactions based on the fee attached to each transaction. The higher the transaction fee, the faster your transaction gets processed.

These reasons and more necessitated improving the blockchain network and improving its scalability feature.

To effect any change in the network, all stakeholders need to reach a consensus. The consensus will achieve two significant solutions;

Firstly, to increase the block size to enable more transactions and data processing. Secondly, make the data to be verified smaller in each block, thus creating faster and cheaper transactions.

The stakeholders failed to reach a consensus on the two major scalability improvements. The failure led to a split, causing a hard fork. It was the hard fork that gave birth to the Bitcoin CASH. 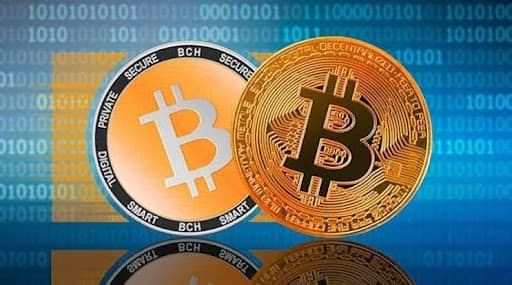 The split between the stakeholders who had voting power in Bitcoin did not initially birth Bitcoin Cash. Instead, it paved the way for SegWit2X.

The SegWit2X upgrade was proposed in May 2017 when 85% of stakeholders who had computing power in Bitcoin met to decide the future of BTC.

The Segregated Witness (Segwit) was proposed to improve the scalability feature of Bitcoin, among which the block size will be increased to 2MB. However, the proposal was opposed by some set of stakeholders.

Those stakeholders in support of increased blocks forked the Bitcoin blockchain and created Bitcoin Cash (BCH) on August 1, 2017.

Since the launch of Bitcoin Cash, the token has continued to add adjustments and improvements that were felt to be lacking in Bitcoin. The differences that exist between them include; 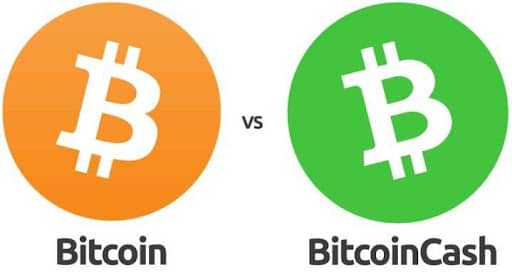 The following are the differences between Bitcoin and Bitcoin Cash:

Having a block size of 32MB shows that Bitcoin Cash can process up to 200 transactions per second, and those transactions will cost less than a penny compared to BTC, which can charge as high as 50 dollars per transaction.

The Omni Layer is a platform for creating and trading custom digital currencies. Some digital assets combine both Simple Ledger Protocol and Omni Layer.

The Use Of Smart Contracts And Decentralized Finance

Bitcoin does not support smart contracts. However, the developers of Bitcoin are building Decentralized Finance (DeFi) Services on it.

The former stood at Number 1 in terms of the Market cap while the latter stood at number 24.

Bitcoin continues to be the largest digital asset even though other tokens enable faster transactions and attract lower gas fees.

The reason for the launch of Bitcoin Cash became necessary to help solve the scalability issues, reduce waiting time and network congestion, and compete favorably with the new generation of blockchain assets.

However, since the launch of Bitcoin Cash (BCH) and the introduction of all the improvements, it has been far behind in milestones and achievements that Bitcoin has surpassed.

The difference between Bitcoin and Bitcoin Cash is now very distinct that they are now seen as two different assets in the crypto space. What started as a subsidiary of the other now has distinctive features and mechanisms.

Bitcoin cash offers one of the fastest transaction with the lowest gas fee as you said . But unfortunately I cannot invest in any of them because they are too huge to my liking.

The Bitcoin is a good cryptocurrency while the Bitcoin cash is the hard fork of the Bitcoin and it has been in existence for a long time. Which is probably one of the best digital currency that we have.
You must log in or register to reply here.
Share:
Facebook Twitter Reddit Pinterest Tumblr WhatsApp Email Share Link
Top